Even as companies spread their operations throughout the globe, face to face interactions are still critical to successful business operation. Companies with global supply chains will need space to meet, train, and conduct back office functions that are near airports to speed up their pace of doing business.

Our VisionWhat is an aerotropolis?

WHAT IS AN AEROTROPOLIS?

An aerotropolis is an urban development that defines it borders by its proximity to transportation networks—typically an airport—instead of the traditional borders of city, county or state. This model is being used in new developments around the world and in those instances the aerotropolis is typically far away from urban centers. Aerotropolis Milwaukee, in contrast, has grown more organically and offers ready access to both exceptional transportation and population centers. 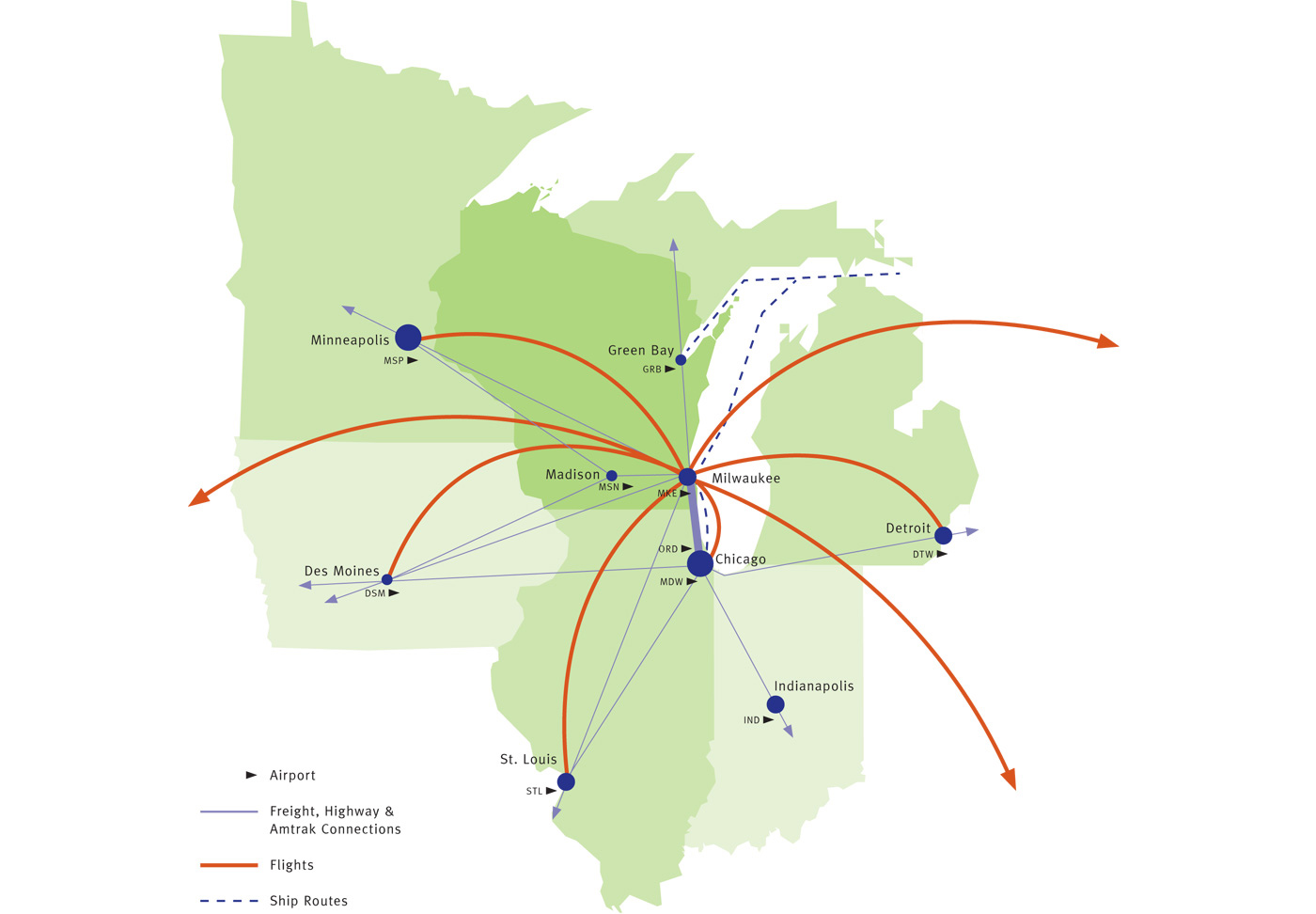